The Necessity of Chivalry

Posted by Marilyn W Lathrop at 7:12 PM No comments: Links to this post

I planned to write three romance novels and then reboot the Over the Edge series I've been writing off and on since 1979--sometimes more off than on. From the beginning the romance novels weren't going to match up with some of the rules that Christian book publishers apply to fiction, but I tried to stay, at least mostly, in tune with those rules. I'm working on the third romance novel now and it's gone way off the reservation. If it's going to serve the purpose for which its being created, it has to.

I'm not a fan of the gratuitous. But neither am I a fan of the sanitized. Christian fiction is too sanitized, and Christian romance is probably the most sanitized genre of all. Romance fiction--regardless of what type--has strict guidelines authors must follow. If you've ever read any of it, you know there are templates authors are supposed to use. Read about ten of any type of romance and pretty soon you're reading the same story you read before with variations on location, personality, time of the events, etc. If a writer doesn't follow the romance templates, publishers most likely won't touch it. Which is why I decided to become my own publisher. I don't want to follow templates. My novels are romances, but they have a deeper purpose than boy meets girl and they get married. Christian romance has its templates and strict rules on how the novel is to be written--some publishers are so detailed there's a list of specific forbidden words. You can have them kiss, but it's got to stop there. Sanitized. Template. Boring.

I am announcing that I am no longer even pretending I'm writing so called "Christian" fiction. Cuss words appear in book one, uttered by a bad guy, and in the book I'm presently writing, the hero and heroine are doing more than kissing, and for the sake of the underlying purpose of the book--they have to. This novel is going way, way off the reservation.

I don't plot out my novels. I have a vision for certain events and/or a character and I start writing. The characters and the flow of the story dictate most of what happens. When the story isn't gelling, that means I got off course somewhere: I'm not staying true to a character's personality or desires, or my decision about what should happen next is wrong somehow. My spirit tells me when I'm off course. Essentially, I am just the conduit. The Holy Spirit is writing the book. That's pretty bold to say, I know, and I'll probably be reamed for it by somebody. But hey, I've been told I was going to hell already, so meh. I'm going to say it again: the Holy Spirit writes my books.

Hate to break this to you Christians who like your fiction sanitized: The Bible does not meet your criteria for fiction! What was the bride price David had to pay for Michal? How did Tamar get justice from Judah? Eh? What exactly was Ruth doing in the threshing floor with Boaz? Eh? And Song of Songs--gasp! Think about what Paul is saying when he uses marriage as a model for our relationship with God--stop spiritualizing it and think of it from the ground.

God is not a prude. He invented sex and all of the thrill and glory that is supposed to go with it. Humans profane it, but increasingly I've decided profaning sex happens not just with pornography, it happens on the other end too with sanitizing. How is an author to write a book that deals with real issues real people face if the medium is too sanitized to get the point across? My books are meant to be fun, but they also have deeper themes that touch on the human condition and how God redeems, restores, renews, regenerates us.

So, here's the flip side. If I write a novel and don't announce to all and sundry that the document talks about God and Jesus in a favorable way, secularists will be mad due to false advertising. And if I call is Christian and it's not sanitized I'll be in trouble with Christians. So, here's my announcement: I'm writing fiction. I speak favorably of God and Jesus and the fiction is racy. After all this lead up the announcement sounds kind of lame, but it's been painful to get here. I'm going off the reservation.

God is doing a new thing in the world. I don't know what the product He's making is going to look like. Churchanity and all that goes with it--the standard Protestant worship service with the Bible study groups and groups for all ages and the buses to haul people in and the band playing at the front--all of that is going to end. I don't know what's coming. It won't be house churches. It will be something new. And there is coming a new breed of Christian. One who looks more like Jesus than any of us previously have looked. Todd White is likely a forerunner. Nothing we've known in the 20th and 21st centuries up to this point is going to remain--nothing. I mean nothing. Not education, not the military, not sports, not entertainment, not movies, not music, not government--nothing! We're on the cusp of a new age--the Kingdom Age when Jesus prayer, "Thy will be done on earth as it is in heaven," is finally answered is a big way. Get ready, because fiction is not going to be the same either.
Posted by Marilyn W Lathrop at 7:48 AM No comments: Links to this post

Posted by Marilyn W Lathrop at 10:41 AM No comments: Links to this post

Love From the Stars 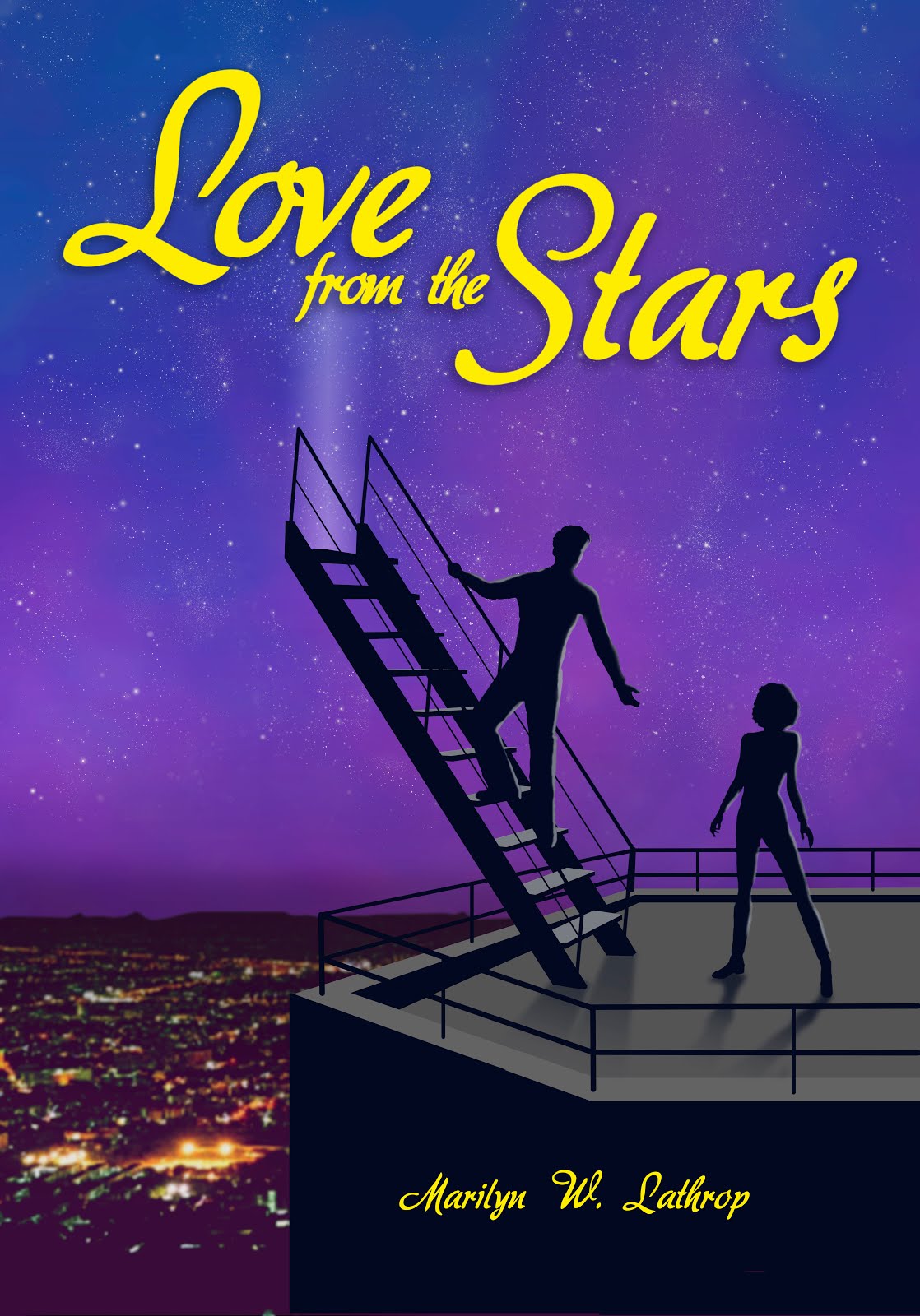 Available now on Kindle in paperback...

Give Her the Stars, available exclusively on Amazon in paperback and e-book 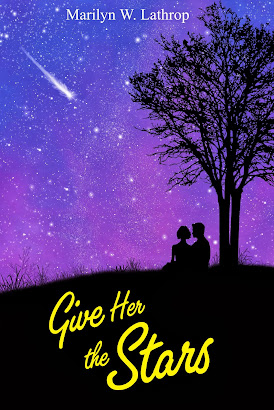 Give Her the Stars @ Amazon

About Posts on this Blog

I encourage you, dear Reader, to browse older posts since I often add to them rather than posting an entirely new article. Thanks!

Dear Reader; This blog does not support Explorer. If you find that the promised videos aren't available or posts are simply blank, it's because Microsoft got smart and decided to make Explorer incompatible with all browsers except itself and that's why you're not seeing everything available here. Keep Explorer for visiting government, school and university sites where they're still using it. Get Firefox or Chrome if you want a better web experience. 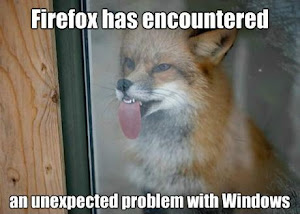 Poppy in the Garden 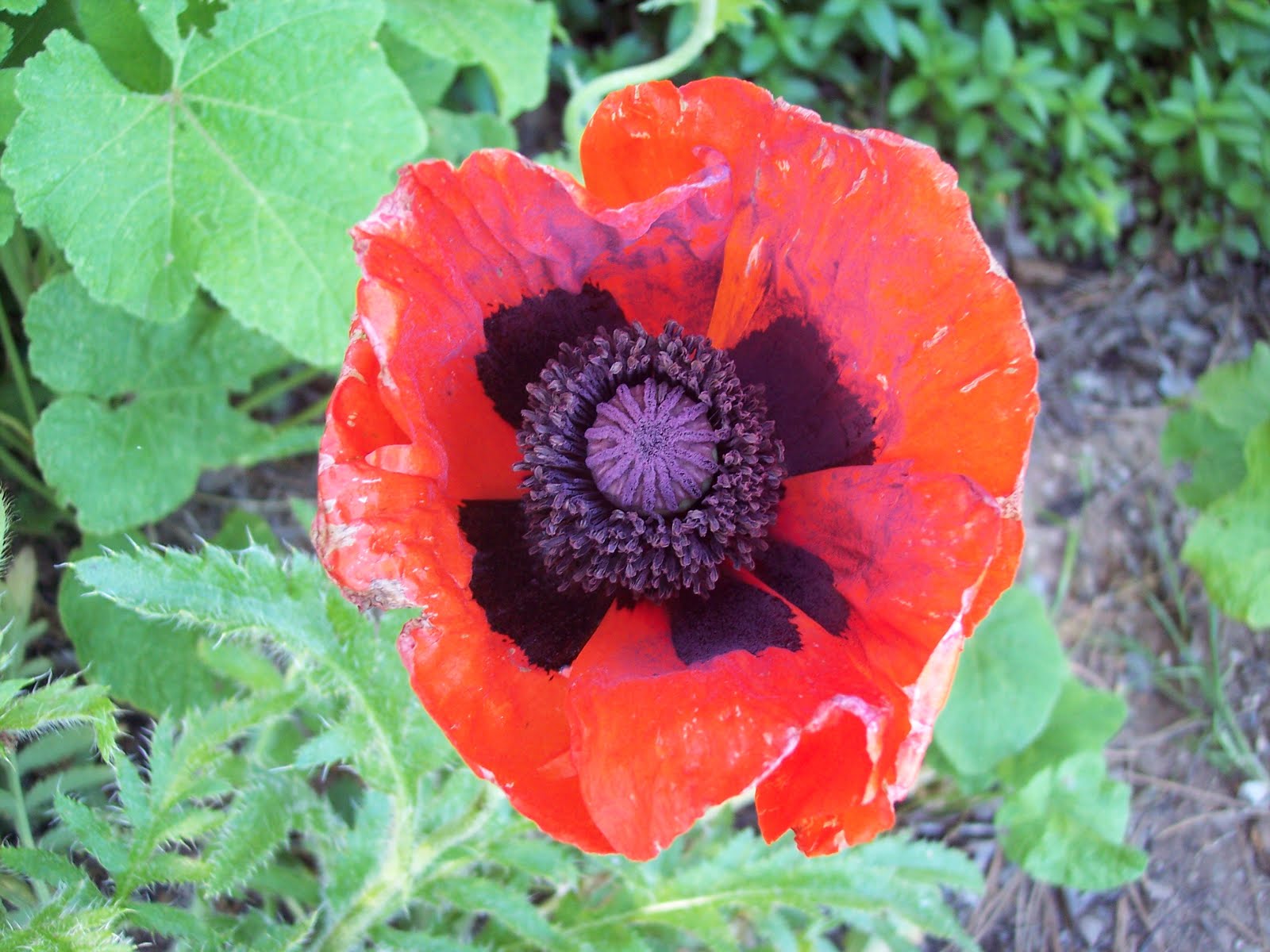 "And now these three remain: Faith, Hope and Love. But the greates of these is Love," I Corinthians 13:13

Marilyn W Lathrop
I am the author of the science fiction series, "Over the Edge," which includes romance novels featuring characters from the series.

I grew up loving the stars.

We lived on a farm far from the city where stars provided light when the moon did not shine. In the distance, Cannon Air Force Base was home to fighter jets that flew over our land, sometimes breaking the sound barrier, a thrilling sound I still love--the sound of freedom! 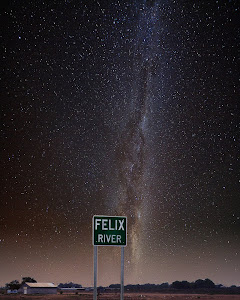 Drink from Over the Edge 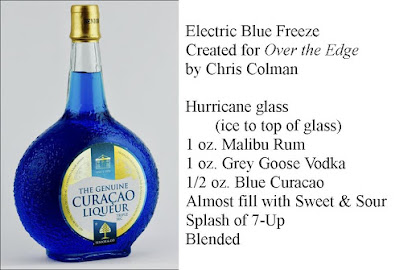 "Not only did time seem to pass slowly for Astronauts Frank Borman and James Lovell aboard Gemini 7 last month. Time actually slowed down for them, says Rice University Space Science Professor Robert C. Haymes. While orbiting the earth for 330 hours, figures Haymes, the astronauts aged a thousandth of a second less than men on earth." 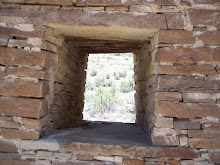 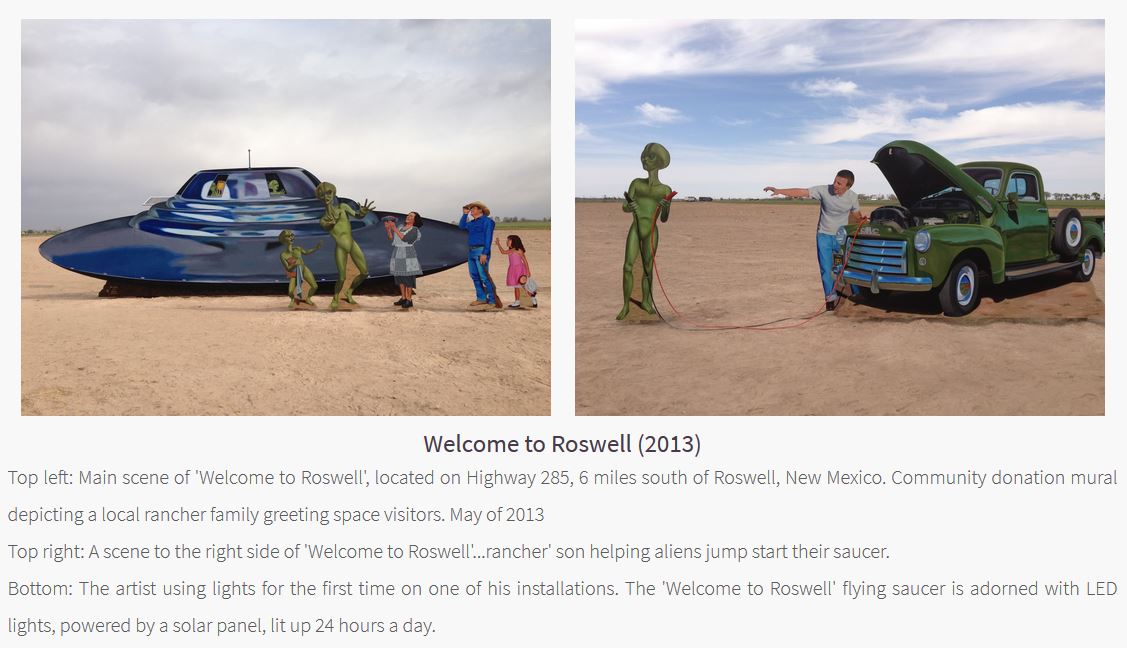 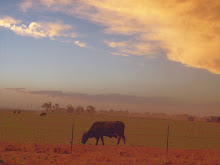 Whatever we see in the night sky, it's old news. That light has been traveling a long time to reach our retinas. We don't really know what's still out there. We assume everything's pretty much unchanged, but we really don't know. Even in our solar system, if our sun were to explode, it would take about 8 minutes for us to realize we were doomed. Eight or ten blissful minutes and then blam.

Make good use of your time. Don't waste it. Now is really all we have, it's all we've ever had. 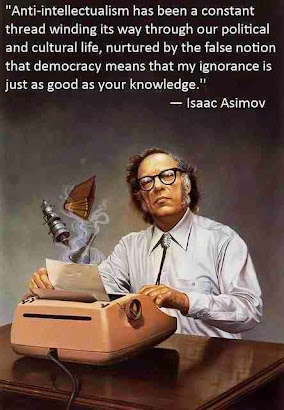 How Far is Minan from Earth?

Describing the distance in light years is way easier. 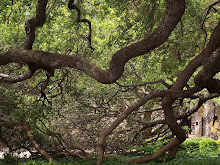 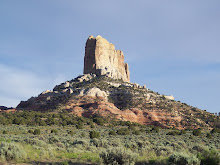 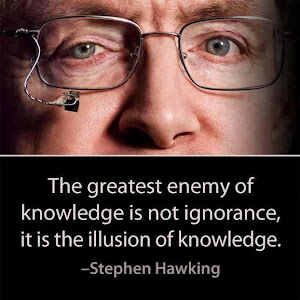 Quick Over the Edge Facts

Spaceships in the Over the Edge universe max their speed at 80% of light. This means that for a journey between Celi and Ephon, which takes two years light speed, time for the travelers slows to one year, one month and one week for them. 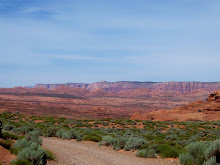 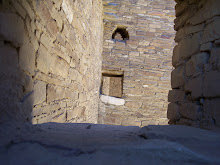 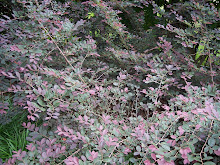 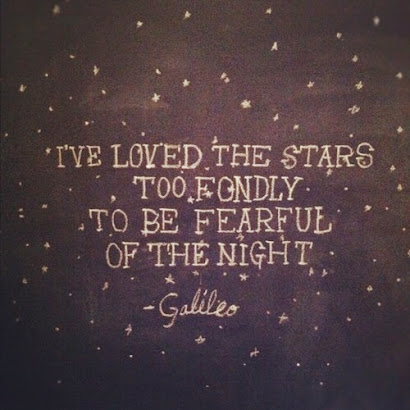 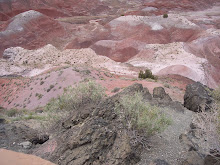 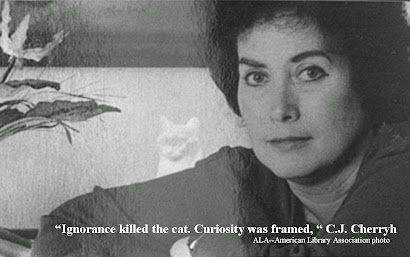 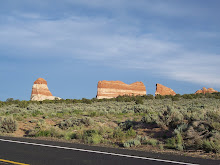 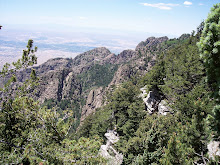 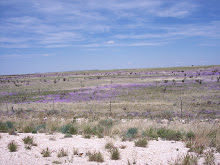 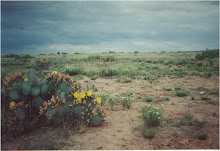 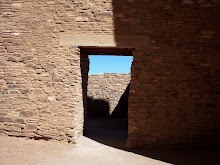 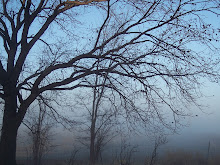